Last year, Scott Miller was our headliner for our Grand Re-Opening Celebration. What better way to celebrate the one year anniversary of our re-opening than to have Scott back? This time, Scott is bringing along a few of his friends, Trent Wagler (of The Steel Wheels) and Robin and Linda Williams, to join him onstage and add even more musical magic to the evening. Come help us celebrate our ‘re-birthday’ with Scott Miller & Friends.  Scott Miller’s writing is informed and fueled by his connection to his family land in Virginia’s Shenandoah Valley.

Celebrate with Scott Miller and Friends

Proclaimed, “An Americana songmaster”Trent Wagler’s hybrid of old timey country and bluegrass sense with funky blues and rock roots makes for a slappin’ good time on the stage of The Historic Masonic Theatre. You can hear Trent’s unique vocal and lyrical stylings up and down the Mid-Atlantic Region with his band The Steel Wheels or some other company of misfits. He’s played on the same stage as Adrienne Young & Little Sadie, John McCucheon and Carrie Newcomer and others.
For more than four decades now,Robin and Linda Williams have made it their mission to perform the music that they love, “a robust blend of bluegrass, folk, old-time and acoustic country that combines wryly observant lyrics with a wide-ranging melodicism.” As live performers they are second to none. Their stirring concerts have earned them a huge body of fans over the years. But as gifted songwriters Robin and Linda have earned an even rarer honor, the devotion and deep respect of their musical peers. The list of artists who have covered their original songs include some of the greats of country music, names like Emmylou Harris, Tom T. Hall, Mary Chapin Carpenter, The Seldom Scene.  Robin & Linda have made appearances on such major programs as “The Grand Old Opry,” “Austin City Limits,” “Music City Tonight,” “Mountain Stage” and they continue to make frequent appearances on “A Prairie Home Companion.”

Together on the same beautiful stage in the John E Hillert Auditorium to celebrate the birthday of The Historic Masonic Theatre–a memorable evening.  Join us for birthday cake after the performance.

Join us as we come together to celebrate the talent and passion of John E. Hillert in the theater he loved so deeply.

Together with his family, we’ll hear memorable stories about John told by those who lived and worked with him. Several of John’s favorite songs will be shared, some performed live by talented local performers John knew well. And we’ll dedicate the auditorium in John’s memory, unveiling the name plaque to be placed over the light-lock door of the auditorium as well as the portrait of John to be displayed in The Historic Masonic Theatre.

A light reception will be held in the Underground Lounge and Cafe after the celebration to continue the remembrances and fellowship.

We hope you’ll join us for this special celebration of John’s life. 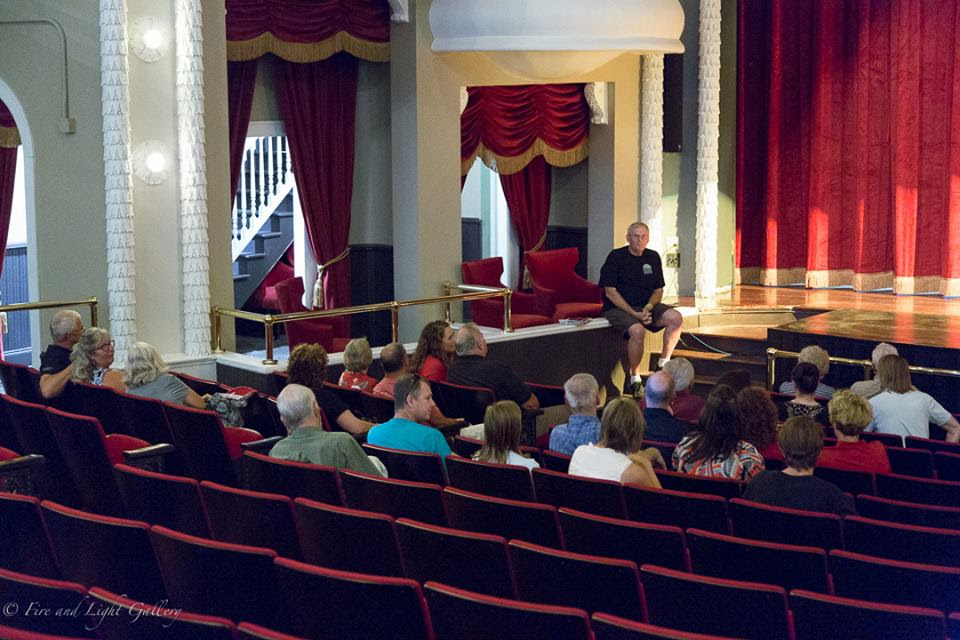 Join us here in CFVA for a wonderful show and celebration.

on Zillow - Homes For Sale in Clifton Forge, VA